THE MIGHTY 5 ARE EXPERIENCING AN INCREASE IN VISITORS: WHY IT’S HAPPENING AND WHY IT MAY BE A PROBLEM 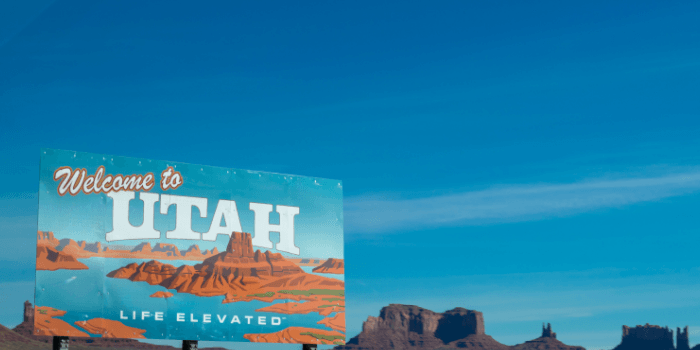 It’s no secret that Utah’s national parks attract thousands of visitors a year to the state. And those numbers have been increasing every year for a while now. This has been a huge boost for the state’s economy; unfortunately, rising attendance hasn’t been great for everyone.

Keep reading as we take a look at why Utah’s 5 national parks have had more visitors year after year, and why that may be a problem. 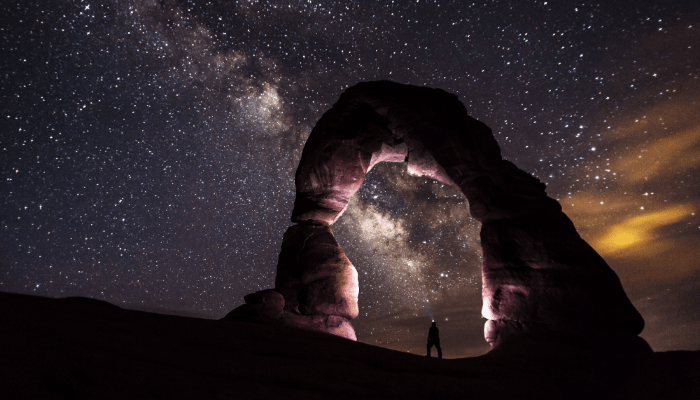 It’s been 6 years since Utah’s national parks banded together and released their iconic “Mighty 5” ad campaign. The campaign featured a blitz of techniques, from television ads to digital billboards, magazine ads, social media strategies, and more.

Perhaps the most memorable methods were the building wraps. In L.A., the side of a 20-story building was plastered with a composite image of some of the Mighty 5’s most famous scenes. Towering more than 230 feet high, the ad featured supersized photos of Delicate Arch, the Great White Throne, and more.

The building wraps and other localized ads were placed in major cities within a day’s drive of southern Utah. In total, the ad campaign cost more than $3.1 million. But it paid off; all 5 Utah national parks have seen a steady, continuous rise in attendance ever since. In fact, the 5 parks have on average had an additional half-million visitors each year since 2013.

NATIONAL PARK ATTENDANCE BY THE NUMBERS

While some of Utah’s national parks are more popular than others, all 5 benefited from the ad campaign and have experienced a boost of visitors ever since.

Zion National Park has led the pack in attendance for years. In 2018, it had more than 4.3 million visitors. That made it the 4th most-visited national park in the nation.

The next highest attendance was counted in Bryce Canyon National Park. More than 2.6 million people flocked to see the park’s famous Hoodoos.

The other three national parks see markedly fewer visitors each year. Arches had 1.6 million visitors, Capitol Reef had 1.2 million, and Canyonlands had 739,000. If history repeats itself, those numbers will grow even more in 2019.

Utah has no shortage of attractions to draw in out-of-state or even international tourists. From Salt Lake City to Moab, it’s not just the national parks that bring in visitors. But one thing that the national parks are particularly good at is encouraging spending.

Even if you don’t count the entrance fees for the national parks, there are few visitors who come to a park and don’t spend money.

Long days of hiking means that hungry hikers descending on the nearby towns each evening. Outdoor gear gets lost, broken, or forgotten at home and needs to be replaced at local outfitters.

When hiking gets to be a little too slow, the draw of renting an off-road vehicle increases. Local arts and crafts and other souvenirs make for great reminders to take home and always remember that perfect vacation. And of course, all of those visitors need a place to stay.

In total, the 5 national parks contribute more than $1 billion to Utah’s economy.

While the rising visitor numbers certainly aren’t bad for the economy, they have spelled trouble for the parks experiencing them.

Memorial Day weekend is the 4 busiest days of the entire year for each of the parks. Zion alone had more than 86,000 visitors during the holiday last year. The crowds caused a number of problems in and around the park that weekend.

By 9 a.m. each day, parking at the visitor center to catch the shuttle through Zion was full. Entrance gate lines reached up to 2 hours more than once that weekend.

In the park, popular trails experienced an influx of hikers. At Scout Lookout, a line of hikers formed, each waiting for their turn to hike to Angels Landing. The Lookout has evaporation toilets, which aren’t designed to handle the number of users they saw that weekend. There was no water bottle refill station, so waiting hikers ran out of water long before they could start their hike.

This year, park rangers and staff are making changes to better manage the traffic and crowds. One big change will be to move the line of hikers headed to Angels Landing to the West Rim trailhead at the Grotto. That way hikers will have access to flush toilets as well as extra port-a-johns and a water bottle refill station.

Moving the line will also allow rangers to better track the effect that these crowds have on the trails. A 2017 study began to measure whether hourly thresholds on the most popular trails might be necessary for the future. These would not only help keep hikers safe but also protect the soil and vegetation along the trail.

With no signs of attendance slowing down anytime soon, the national park officials, rangers, and staff, as well as visitors to the parks, will continue to deal with these setbacks. While national park land may be federally protected from development, rising attendance numbers can be just as dangerous. In the future, park officials and visitors alike will need to work together to keep our national parks beautiful and healthy for future generations. 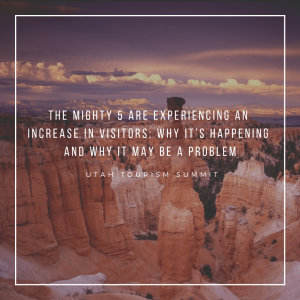