REPRESENTATIVE TAKES A STANCE AGAINST A VISITATION CAP AT ZION IN A MEETING WITH D.C. OFFICIALS 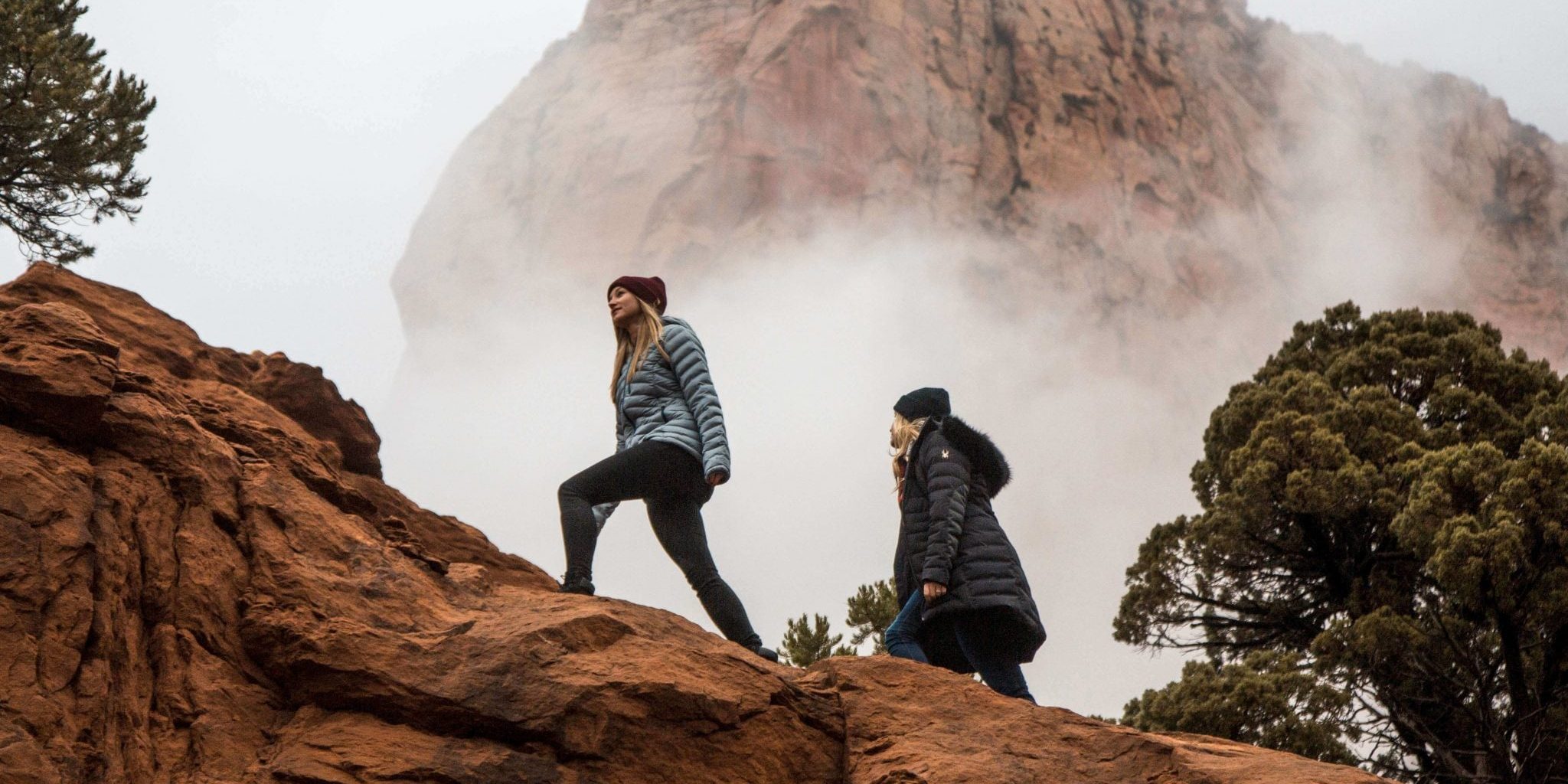 Despite being a relatively small park, at just over 230 square miles, Zion is the fourth most popular national park in the country. Maybe it’s the park’s stunning views that draw in visitors. Or it’s close proximity to major cities like Las Vegas. Either way, the negative effect that these crowds are having on the park is obvious.

From cars parked on the side of roadways to crowded trails, tourists in Zion are leaving their mark. Officials, as well as others passionate about preserving the park, have been looking at ways to stop the destruction for years. It’s come to a head in recent years though, as tourism in national parks across the nation saw a spike with the centennial of the park service in 2016.

One idea that has been proposed is to implement a visitation cap. This would limit the number of visitors that are allowed to enter the park on any given day. However, officials and Zion-enthusiasts alike worry that this means not allowing the public full-access to public lands. 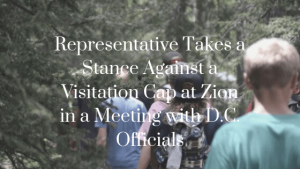 One person who disagrees with the implementation of a visitation cap is Republican Utah Congressman Chris Stewart. On Tuesday, he called a meeting with Washington D.C. officials, as well as local officials. This included park Superintendent Jeff Bradybaugh and Deputy Assistant Secretary for Fish, Wildlife and Parks Ryan Hambleton.

Stewart and other officials took the D.C. representatives on a tour of Zion. They talked about the issues the park is facing. They then discussed possible solutions and the drawbacks of adding a visitation cap.

Stewart said of the proposed idea:

PROPOSED SOLUTIONS AND ALTERNATIVES TO A POPULATION CAP

During the meeting on Tuesday, officials discussed several other proposed solutions to help manage crowds and preserve Zion’s natural resources.

One idea is the creation of a park app. This tool would inform visitors of how many parking spaces are available throughout the park. It would also track how many visitors are in the park at any given time. This app help to alleviate crowding and traffic in the park’s most popular areas. It would also offer suggestions about alternative trails and activities. This will help funnel visitors to the less-used areas of the park, like Kolob Canyons.

The app, if approved, would be developed by local regional colleges and universities.

Another solution, which is already underway, is the creation of a new visitor contact station. This new visitor center, which will be named Applecross Station Visitor Center, will be located at the east entrance to the park. The center will offer spaces for private businesses to operate and will include a shuttle hub and a new trail system. This will help offer another space for visitors to explore, thus dispersing the crowds.

Ever since Zion park leadership began the development of their visitor use management plan, they’ve already been working to implement strategies to reduce crowding in the park.

During Memorial Day weekend, the busiest three days of the entire year for the popular park, park officials took measures to combat the long lines that formed at popular trailheads, like the one leading to Angels Landing. This year, the line was moved to give hikers access to restrooms and water refill stations. Neither measure helped to shorten the line. But it did aid in combating the negative impact that crowding has on the park. It also helped to address the danger of hikers standing in the heat for hours before taking on a strenuous hike, which can lead to an increase in injuries and illnesses.

Another recent measure taken by park officials has been to educate visitors on lesser-known trails and activities. Popular hikes like Angels Landing and The Narrows are what draw a majority of visitors to the park. But Zion is packed with other incredible trails and overlooks. The challenge is competing with stunning Instagram snaps and geotags that have visitors dreaming of re-creating the vacations of their online friends.

Of course, not all crowd-control methods are recent. One measure was started nearly two decades ago when annual visitor numbers were half of what they are today. The Zion Shuttle system helps to reduce traffic in the park and alleviate a parking space shortage. Unfortunately, the same number of buses that once carried 2.42 million passengers a year in 2000 now has to accommodate over 4.5 million park visitors.

The annual Southern Utah Tourism Summit offers everyone an opportunity to collaborate on issues facing the state’s natural resources and tourism industry. If you haven’t yet, save the date for the 2020 summit, which is coming to Kanab, Utah on April 2 and 3, 2020. 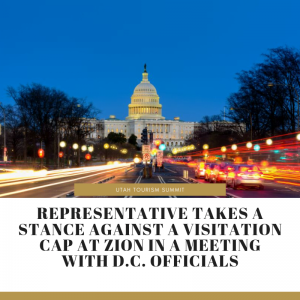