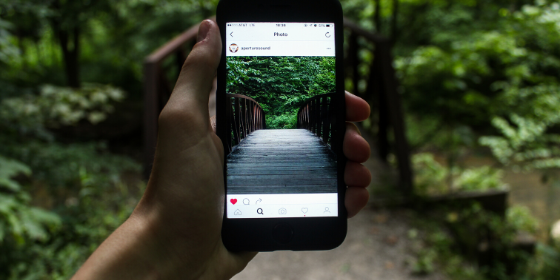 From celeb Miley Cyrus posing on federally-protected Joshua Trees to a tourist plunging a thousand feet to his death while taking pictures on the edge of the Grand Canyon, the social media craze, particularly Instagram, is wreaking havoc on national parks.

If you’re on Instagram, you’ve likely seen some of the iconic backdrops. The view of Horseshoe Bend from far above. Tiny, colorfully-clad tourists dwarfed by towering Redwoods. Gushing waterfalls in Yosemite, captured just as the sun turns them a shade of gold. Run a quick web search and you can even find lists of the best Insta-ready spots in parks across the country.

The trend of competing to snap breathtaking shots that will bring in the most likes and shares has even caused a boost in visitor numbers seen by many parks. But that boost has come with some serious consequences. 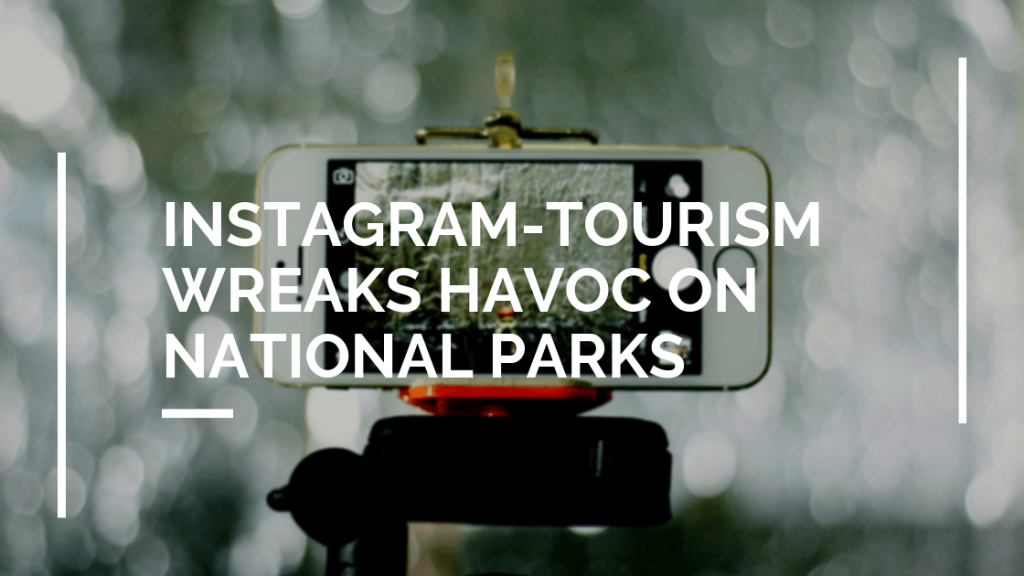 GEOTAGGING OPENS UP OBSCURE LOCATIONS TO INCREASES IN VISITOR NUMBERS

Geotagging on photos lets social media users know where the stunning images they are seeing were taken. It’s a neat addition to social media designed to help bring the world together just a bit more, by sharing the special places each of us hold dear. But geotags also have an unfortunate side effect of letting everyone else who wants to copy those Instagram shots know exactly where to go. This has led to an increase in visitor numbers to previously obscure destinations.

Horseshoe Bend is one such destination. In 2015, the park saw an average of 4,000 visitors a year. That was the last time that number would be so low. Today, that number is more than 2 million a year.

Utah’s Mighty 5 have seen a similar phenomenon. Before 2011, the Zion National Park had seen a relatively steady annual visitor count, at around 2.6 million people. In 2012, that number slowly began to increase. Now, just eight years later, that number has nearly doubled, with 4.3 million visitors making their way into the park each year. On holiday weekends like the 4th of July, more than 25,000 visitors will enter the park in a single day.

PARK INFRASTRUCTURE STRUGGLE TO KEEP UP

More tourists mean more money being brought into the area. But it’s also caused a lot of problems. Many national parks simply don’t have the infrastructure to support a sudden, sharp increase in visitor numbers.

In Horseshoe Bend, the park’s infrastructure was well-suited to those 4,000 yearly visitors. With the sudden, sharp increase, park officials have had to add safety measures, which include guardrails on overlooks. They’ve also had to up their efforts to cut back on littering and reduce the impact of the increase in visitors on the park’s natural resources.

In Zion National Park, crowding has become a serious issue. Despite being the nation’s third most-visited national park, it’s also relatively small, at just over 200 square miles. It’s most popular trails are very popular, with lines sometimes forming and hikers waiting hours to make their way to spots like Angels Landing. Traffic getting into the park and a lack of parking spaces inspired the start of the shuttle system many years ago. And the shuttles worked wonderfully for over a decade. Now, some visitors are waiting a long time just to board a shuttle and enter the park.

DEALING WITH THE CROWDS

Besides making improvements to infrastructure and managing the lines, some national parks are taking even more drastic measures to deal with the influx of visitors.

In Arizona, the Bureau of Land Management has limited access to The Wave, a famous sandstone formation. Those wanting to make the hike have to enter a lottery. Of the more than 150,000 people who enter the lottery each year, just 10,000 are chosen. While that may not seem like much, that currently allows around 20 people a day into the park.

The other side effect of the popularity of Instagram has been visitors taking extreme risks to snap the best shots. Tourists have plunged from cliffs, been bitten by wildlife, and even died in pursuit of the perfect selfie.

Park officials have had to take measures to discourage risky photo snapping. In some places, this means adding guardrails to cliffs that were previously open. In others, it means managing crowds to prevent accidents. But officials have yet to find a perfect solution, and accidents continue to occur.

Social media is far from the only thing spurring an increase in visitation to our national parks. But regardless of the cause, parks across the nation are working to find ways to control crowds and prevent accidents in any way that they can.

For businesses in the areas surrounding national parks, a boost in numbers means good business. However, these businesses can still do their part to minimize the impact of increased tourism on our natural lands. From promoting park-and-ride shuttle options to pushing eco-friendly products that bring less waste into the parks, there is an endless number of ways to step up and do your part. 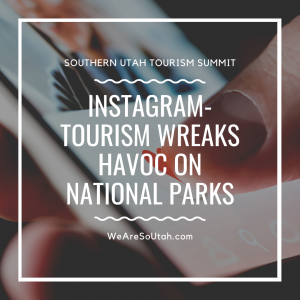