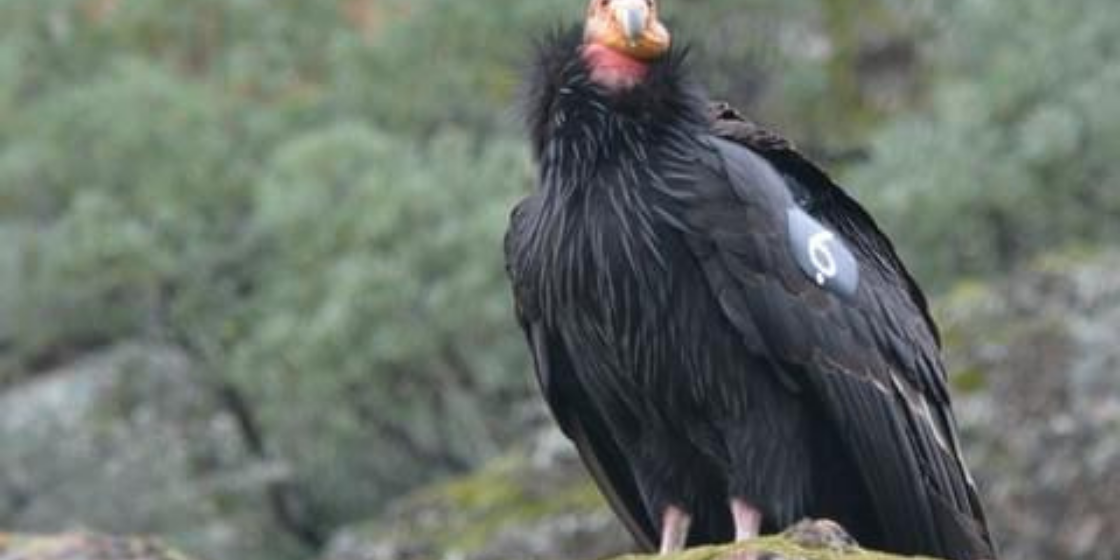 Many visitors to Zion National Park are hoping to catch a glimpse of some wildlife. But while you may hope to spot a rare bighorn Sheep or the elusive fox, more often than not, many day guests see only rock squirrels and mule deer.

But few people realize that there is an equally rare and special creature living in the park that isn’t hard to spot. That is if you know where to look.

The California Condor may not be the most picturesque animal to call the park home. But it is certainly one of the most unique. Once considered extinct in the wild, the species has been making a comeback after an extensive recovery program that was launched in the late 1990s. Today, guests can spot California Condors in Zion, in spots like Angels Landing and Kolob Terrace Road.

Keep reading to learn more about this amazing species and its comeback from the brink of extinction. 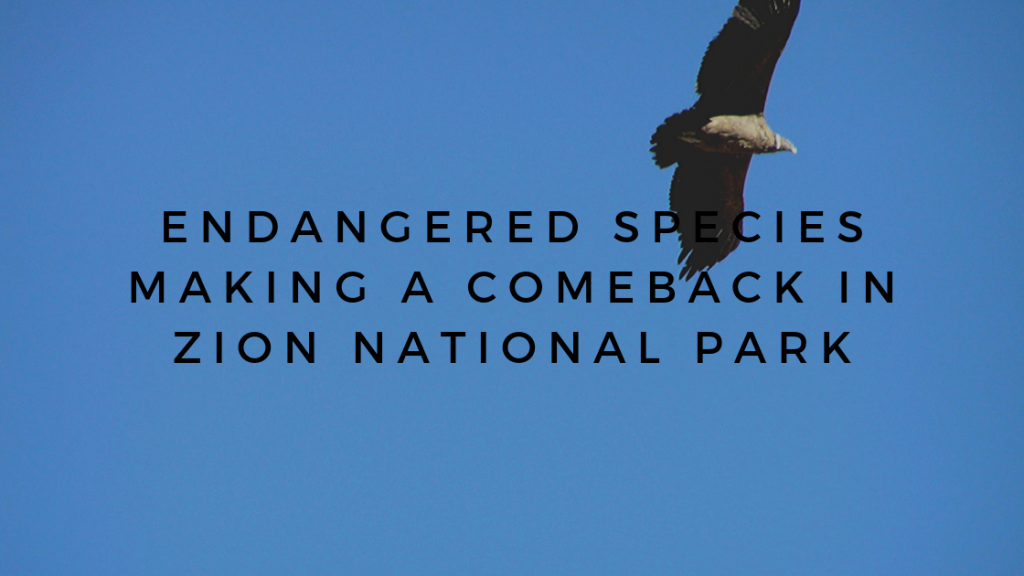 The California Condor once had a range that covered most of the United States. Since prehistoric times, though, their territory has shrunk. As the species’ habitat was threatened, food sources became thin. Other threats, such as lead poisoning from bullets used to kill the deer and other carrion that the birds feed on, rapidly depleted their numbers.

By 1982, there were only 22 California Condors left in the wild. In a final desperate attempt to save the species, these individuals were captured and placed in a captive breeding program. The program was a success. Today, there are roughly 400 California Condors in the world, half of which are in the wild. Utah and Arizona are home to 70, some of which pass through Zion National Park.

This past June, Zion National Park rangers first announced their suspicions that a pair of endangered California condors had hatched an egg in their nest, near Angels Landing.

It wasn’t the first birth for the breeding pair. The chick’s mother had previously laid several eggs, but none had survived long enough to fly from the nest. Her previous mate was struck down by one of the breed’s biggest threats; lead poisoning.

They built their nest near Angels Landing, and rangers first suspected that they had laid an egg early in the year after their behavior patterns changed.

The birth itself was monumental. When it hatched, the chick became the firstborn in Zion National Park since conservation and recovery efforts began during the 1990s. It was also the 1,000th chick born since the start of the rehabilitation program.

But unfortunately, the hatchling wasn’t out of the woods quite yet, as a large proportion of California Condors never make it to the stage called fledge, which occurs when they begin to fly and leave the nest. However, on September 25, the young chick passed this important milestone as well.

While most chicks will first fly at 6 months, this one, dubbed Zion’s Centennial Chick in honor of the park’s anniversary this year, flew from his or her parents’ nest at just 4.5 months.

Several tourists had the chance to see the chick fly from the nest. Rangers are now monitoring the chick’s progress, and are confident that he or she is doing well.

While the chick may be testing its wings, it will stay in the nesting area for up to a year with its parents, who will continue to bring it food as they teach it how to search for its own. Because California Condor chicks stay with their parents for 12 to 14 months, the species only lay eggs every 2 years.

If you want a chance to spot Zion’s celebrity chick, you’ll need to hop on the Zion Canyon Shuttle, unless of course, you’re visiting after the end of November when the shuttles stop running. For now, you’ll find park rangers and volunteers stationed there. They can answer your questions and let you use a spotting scope to try to catch a glimpse of the young bird.

Just remember to keep your distance and avoid anything that may disturb the nest and its inhabitants.

If you want to do your part to protect this special species, there are several ways you can help.

One big threat to California Condors is micro trash that makes its way into the carrion that it consumes. Packing out trash while on trails and always using trash receptacles can help prevent rodents and other mammals from consuming your leftovers.

If you hunt anywhere in the region, using ammunition that’s free of lead is also a must. The state of California has placed a ban on lead ammo, and the prohibition officially took effect on July 1, 2019. Condors can travel over 100 miles a day in search of food. This means using lead ammunition anywhere in the region can pose a threat to the species. 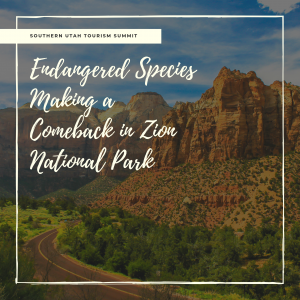