E-BIKES AND ATVS: COMING SOON TO A NATIONAL PARK NEAR YOU 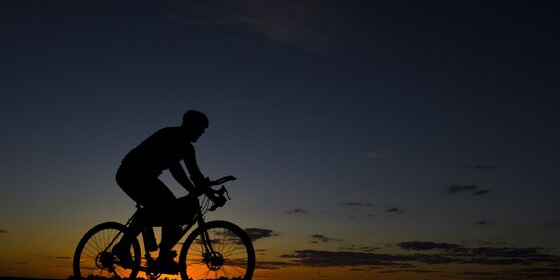 Utah’s Mighty 5 will all become just a bit less peaceful in the coming weeks. That’s because a variety of changes are on the way that will allow motorized bikes and off-road vehicles. These changes have been met with mixed reviews. Some have already rolled out, allowing visitors to experience the parks in new ways. But in doing so, they are possibly risking the peaceful nature of certain areas of the park.

Keep reading to learn when you can expect to start seeing off-road vehicles and eBikes on your favorite trails. 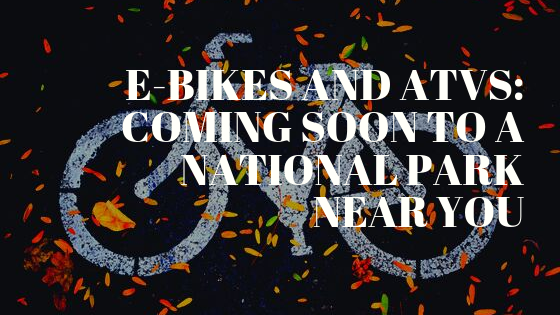 E-BIKES ARE ALREADY ZIPPING ONTO TRAILS NEAR YOU

On August 30, 2019, Interior Secretary David Bernhardt signed an order detailing new rules about e-bikes and how they are viewed by the law. Previously, they were classified as motor-driven vehicles. As such, they weren’t allowed on trails in national and state parks, as well as on many other trail systems. But the August 30 order reclassified e-bikes as regular bicycles. This means that most trails that allow traditional bikes will soon see motorized versions as well.

However, the order does not necessarily allow all e-bikes onto trails. It only covers what are considered “Class 1” e-bikes. Class 1 e-bikes require the rider to still pedal. But rather than having to pedal the full weight, these bikes are equipped with pedal assist. This means that a battery-powered motor helps spin the wheels to make it much easier to propel the bike forward. Class 1 e-bikes only go a top speed of 20 miles an hour. Other e-bikes may be able to go faster, reaching speeds of nearly 30 miles per hour.

Proponents of the new order feel that allowing e-bikes on trails and roadways makes our national parks more accessible. Because a pedal-assist e-bike makes it easier to ride up hills or over long distances, those with limited mobility or lacking stamina can still enjoy a ride on one of our national parks’ beautiful trails.

Opponents of the order worry that even at 20 miles per hour, e-bikes may be too fast. After all, they have to share trails with hikers, traditional bikes, and pets on pet-friendly trails. They worry that the sharp turns and rugged conditions of some national park trails would make for a dangerous ride. Some groups have also expressed concern that e-bikes, which are fast but quiet, could put riders in danger if they were to spook a bear or other wildlife.

Many national parks already allowed e-bikes on roadways. But traffic can make these dangerous to ride on. Now, bikers on e-bikes will be allowed to enjoy any trails that are open to traditional bikes. Most national parks have at least one trail, while many of the most popular trails remain open only to hikers. For instance, in Zion National Park, only the Pa’rus Trail is open to bikes.

National parks were given some time to change signage and prepare for e-bikes, but by now, all national parks and other federally-protected sites should be allowing e-bikes in.

If e-bikes have been met with opposition, this next order is sure to cause even more buzz. The acting regional director of the National Park Service, Palmer “Chip” Jenkins sent an order to the Utah park superintendents asking that they update their regulations to be in line with Utah law on off-road vehicles. In Utah, off-road vehicles are allowed on all state and country roads, just so long as they have standard safety equipment, are registered, and are properly insured.

Right now, off-road vehicles are not allowed in Utah’s Mighty 5 National Parks. But starting November 1, 2019, off-road vehicles like ATVs and UTVs will be allowed, as long as they meet those requirements. They’ll be permitted to drive on all main access roads, as well as popular backroads, like Arches’ entry points from Willow Springs and Salt Valley or Canyonland’s White Rim.

This order is only for national parks within the state of Utah, and won’t allow off-road vehicles in outside parks.

The change is already meeting opposition, with many groups expressing concern that ATVs and UTVs will disrupt wildlife and the peace of the parks. Some also worry that while the order only allows off-road vehicles on marked roads and routes, that this will be an invitation for visitors to break the law and take their vehicles into other areas of the park, causing extensive damage.

However, there remain some proponents of the new order. For instance, because off-road vehicle owners pay gasoline tax and registration fees, some feel that they should be entitled to drive on the roadways that their money helps to fund.

As new technology and trends roll out, our national parks are forced to reconsider, update, or double down on their old policies. But when they’re forced to make changes, their efforts have to shift to protecting themselves and finding a balance between giving visitors more access and maintaining the delicate balance of our national parks. 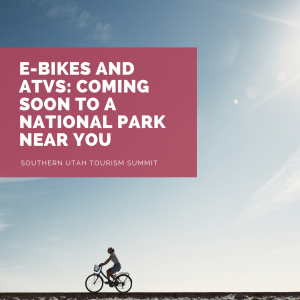