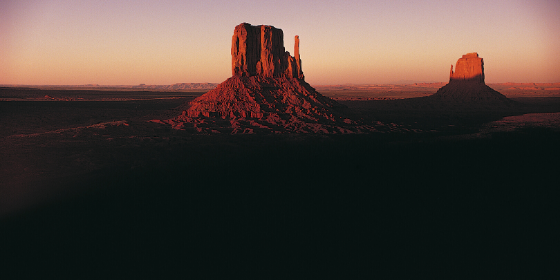 But while hotels may be seeing fewer guests and many tour companies have suspended operations, crowds are still flocking to the region’s national parks. In fact, Arches and Canyonlands national parks made the decision to close their gates for the time being to cut down on the crowding. The other national parks remain open at this time, though the National Park Service and CDC are monitoring activity and could make changes in the coming days.

While empty hotel rooms and canceled tours are a definite hit to the local economy, Southern Utah has a longer history of tourism than many people realize. It’s also packed with attractions, natural and otherwise, that draw millions of visitors every year. And they’re certain to do just that later this year.

If you’re stuck at home dreaming about summer and maybe planning a visit to Southern Utah to celebrate the end of social-distancing in the coming months, keep reading. We’re bringing you 7 facts about Southern Utah and its tourism you might not know. 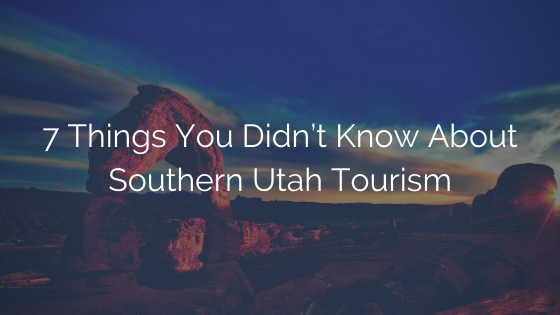 If you’re looking for a vacation destination where rainy days are few and far between, head to Utah. The state ranks as the second-driest in the country beat only by Nevada. With 300 sunny days a year, Utah is the perfect spot for summer adventures.

2. There’s more to see than just the Mighty 5

In total, there are 13 National Park Service sites and 3 national monuments managed by the Bureau of Land Management in Utah. Besides the Mighty 5, other sites include:

Plan to visit more than one park, monument, recreation area, or historic site during your visit? A national park pass can help you save on entrance fees!

3. Utah is the only state with a part of a national forest in every county

Utah’s national parks are known for its rocky desert landscapes. But what the state is less-known for is its forests, despite how much area they cover. So much so, in fact, that every one of Utah’s counties touches at least one national forest. This means you never have to drive far to find a shady hike, some wildlife, or the perfect spot for a picnic.

4. Every-day hikers have had discovered and named new arches in Arches National Park

If you’ve ever dreamed of having an epic rock formation named after you, you might just get your chance in Arches National Park.

Home to more than 2,000 natural arches formed from sandstone, hikers exploring the park have found previously-undiscovered formations. They were then given the honor of naming it themself. Talk about bragging rights!

5. A trip to Kanab is as good as a visit to Hollywood-or maybe even better

If you love old films, and particularly old Westerns, plan a visit to Kanab, Utah. This southern city has been home to an incredible number of film sets, earning it the nickname “Little Hollywood.” More than 100 motion picture films have been shot in Kanab and the surrounding area since it was first used in 1920.

There’s even a Little Hollywood Museum where you can tour film sets and learn about the history of how Hollywood came to the desert. Tour groups are invited to join in on their own film skit during their visit.

6. The state is brimming with dinosaur fossils

Where tourists now explore red rock canyons, dinosaurs once roamed. The entire state has a rich history of dinosaur discoveries. In fact, it’s home to fossil records of more dinosaur species than have been found in any other state. While you’ll find museums and dig sites all over Utah, Southern Utah is brimming with prehistoric artifacts.

In Grand Staircase-Escalante National Monument, you can learn about the unique rock layers and about excavations in the area. To the Southwest, the Dinosaur Discovery Site at Johnson Farm is home to one of the most significant sets of dinosaur tracks ever found in North America.

7. The locals will welcome you with open arms

It’s always nice to get a warm welcome when you visit a new place. And with Utahns ranking as the most generous people in the country, which also happens to rank as the most generous nation in the world, you’ll see plenty of friendly faces during your visit. A Gallop poll found that 71 percent of Utahns donate money each year and 56 percent donate their time. So if you get turned around during your visit, which is easy to do with so much wide open space, don’t be afraid to ask for directions!

While travel plans might be in limbo, for now, it’s never too early to start planning your summer visit to the state.

Whether you’ve got dreams of climbing to the top of Angels Landing, walking in the footprints of dinosaurs, or maybe wandering the film sets of Kanab, there’s something for everyone in Southern Utah.

If you’re hoping to visit sooner rather than later (and are located close enough to get to the region by car on a day trip) check out these natural wonders in Southern Utah you can enjoy while practicing healthy social-distancing. 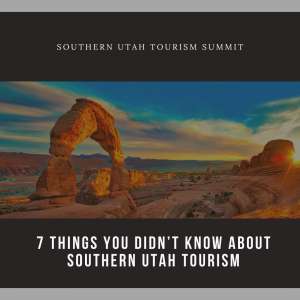